Indonesia. China. Japan. Malaysia. Singapore. Vietnam. Thailand. Pakistan. India. Co-owner Eddy Buckingham is nearly running out of fingers as he ticks off all of the countries whose food influences are represented on the menu at the Tyger, his sunny, laid-back new pan-Asian cafe at 1 Howard Street, at the corner of Centre Street in Soho.

Buckingham and his partners, executive chef Paul Donnelly, acclaimed restaurateur Jeff Lam, and Andrew Lam, Jeff’s son and the finance manager for the group, have a history of knowing how to set a vibe within the city’s dining scene. Chinese Tuxedo, the group’s successful first effort, is a splashy, subterranean restaurant set in a former opera house on historic Doyers Street in Manhattan’s Chinatown, sandwiched between Nom Wah and Taiwan Pork Chop House.

At the Tyger, the group aims to go in the opposite direction with a light-filled neighborhood haunt that’s the kind of place where regulars might stop in several times a week.

The relaxed tone of the cafe belies an undercurrent of frenetic energy with which the Tyger’s menu bounces around Asia, cherry-picking its way through the continent: Singaporean street food, crispy Vietnamese banh xeo, and spicy, rich curries irreverently served with honey-glazed potato buns are all up for grabs here.

Smaller plates include oysters ($19 for six) served with a punchy, aromatic red chile dressing that takes its cues from a Thai nam jim sauce, incorporating galangal, lemongrass, cilantro, fish sauce, palm sugar, and liberal squeezes of lime juice. For the shrimp sashimi plate ($18), the shrimps are lightly seared in sesame oil to coax out a creamy, rich texture similar to uni, Donnelly says. Bright banana blossoms are mixed with charred cabbage in a salad ($15) and served with a coconut and tamarind dressing.

Farther down the menu, customers will find brash, vibrant main dishes pulling from all directions across Asia. A Pakistani roasted eggplant curry ($16) is made with thumb-length fairytale eggplants that are roasted off during the day and then left to slow-cook further in a sauce layered with garam masala, cumin, fenugreek seeds, and other spices. Sambal stingray ($29) — a Singaporean street food staple — involves a pan-roasted skate wing lathered in sambal belacan, a shrimp and chile paste common across Singapore and Malaysia, and topped with a spray of cilantro leaves and a lime wedge.

And then there’s the halibut ($42), which Donnelly describes as “the Thai version of Nobu’s miso cod.” The flaky, fatty fish is smothered in fragrant, spicy jungle curry paste, wrapped and steamed in a banana leaf, then delivered tableside to be opened with tongs in front of the customer. A pile of herbs is provided alongside the dish to tear up and toss on the fish. “It’s fun, it’s delicious, and it really speaks to what we’re about,” Buckingham says.

At the bar, the cocktails ($15 each) aim to keep pace with the playful, showy tone that has become the team’s calling card. Bar director Hugo Florez, who joined the Tyger from Peachy’s — the group’s trendy cocktail bar located directly beneath Chinese Tuxedo — has developed a drink lineup that includes the Nurse’s Song, a take on a Vietnamese coffee featuring Tanduay Silver rum, condensed milk, and coffee liqueur from Mr. Black, an Australian purveyor; and Ah! Sunflower, a drink made with coconut yogurt and Tanduay Gold rum that’s a nod toward a lassi, a yogurt-based drink popular in India and Pakistan. Florez also developed a handful of nonalcoholic cocktails ($9 each) — including a booze-free version of Ah! Sunflower — for the menu.

But the drink most likely to travel on Instagram will be the restaurant’s signature cocktail, the Tyger. It’s composed of two different frozen vodka cocktails — a dark-toned one blended with tea, and a yellow-hued one made with mango — that are mixed up separately and then layered on top of each other in the glass to achieve a gradient similar to a tiger’s stripes.

Buckingham and Donnelly admit that between the striped cocktails and the curries served with potato buns, they may get a few side-eye reactions from diners. “Some people are going to go, ‘Oh, this is too authentic’ or ‘not authentic’ or whatnot,” Buckingham says of the Tyger’s ranging menu. “It’s not authentic to anything apart from what we like to eat.”

Buckingham, who is Australian, and Donnelly, who was born in Scotland but spent much of his career cooking in Sydney and across Southeast Asia, explain that this menu is more familiar and comfortable compared to some of the high-end dishes at Chinese Tuxedo, and it strays closer to “what we grew up with,” Buckingham says. If Chinese Tuxedo was Donnelly’s demonstration of fine dining, the Tyger is where he’s letting his recently bleached hair down.

“It’s not authentic to anything apart from what we like to eat.”

They were also both excited to bring in to the project Daniel Le, the former executive chef at innovative Vietnamese spot Hanoi House in the East Village. He’s now working directly under Donnelly at the Tyger and bringing his Vietnamese-slash-Californian cuisine influences into the mix.

The team is still putting finishing touches on the interior restaurant space — complete with bright yellow curvy booths and floor-to-ceiling windows that open out onto the street — before the Tyger opens for limited-capacity indoor dining starting on September 30. And the pandemic has brought on a more lenient opening mindset in other ways: Hard-copy menus have yet to be produced, and the restaurant’s flatware is actually on loan from Chinese Tuxedo, which won’t be reopening until October. All of the Tyger’s dishes, designed by an artist based in Melbourne, Australia, are currently stuck in customs in California due to pandemic-related processing delays.

The dish holdup, however, is a small price to pay for being able to open in the current climate. Buckingham acknowledges that they are lucky to have a space with ample outdoor seating and a sympathetic landlord who was willing to bend on a rent deal when others haven’t had those breaks. While referencing the Southeast Asian NYC restaurants that have paved the way for the Tyger, both Buckingham and Donnelly lamented the cutting recent loss of Thai showstopper Uncle Boons.

When the Tyger opens tonight, it’ll be the first time that the team has been back in action since the city went into lockdown six months ago. Of approximately 50 staffers on the opening team at the restaurant, all but three were part of the old crew at Chinese Tuxedo and Peachy’s. Everyone has been getting their sea legs back, stepping back into nearly forgotten work routines, as the days build with a buzzing pre-opening energy during food tastings and service run-throughs.

“Tuxedo was a super-ambitious opening for us because it was our first one of that nature,” Buckingham says. “But this has felt like, in my whole career to date — 20 years in the industry — this is the most compelling, the most rewarding. This is the most exciting one I’ve ever done.”

The Tyger is open for outdoor dining from Tuesday through Sunday, from 5 p.m. to 11 p.m., with all-day weekend hours added in October. Delivery and takeout options will follow. The full menu is available here. Reservations are available on Resy. 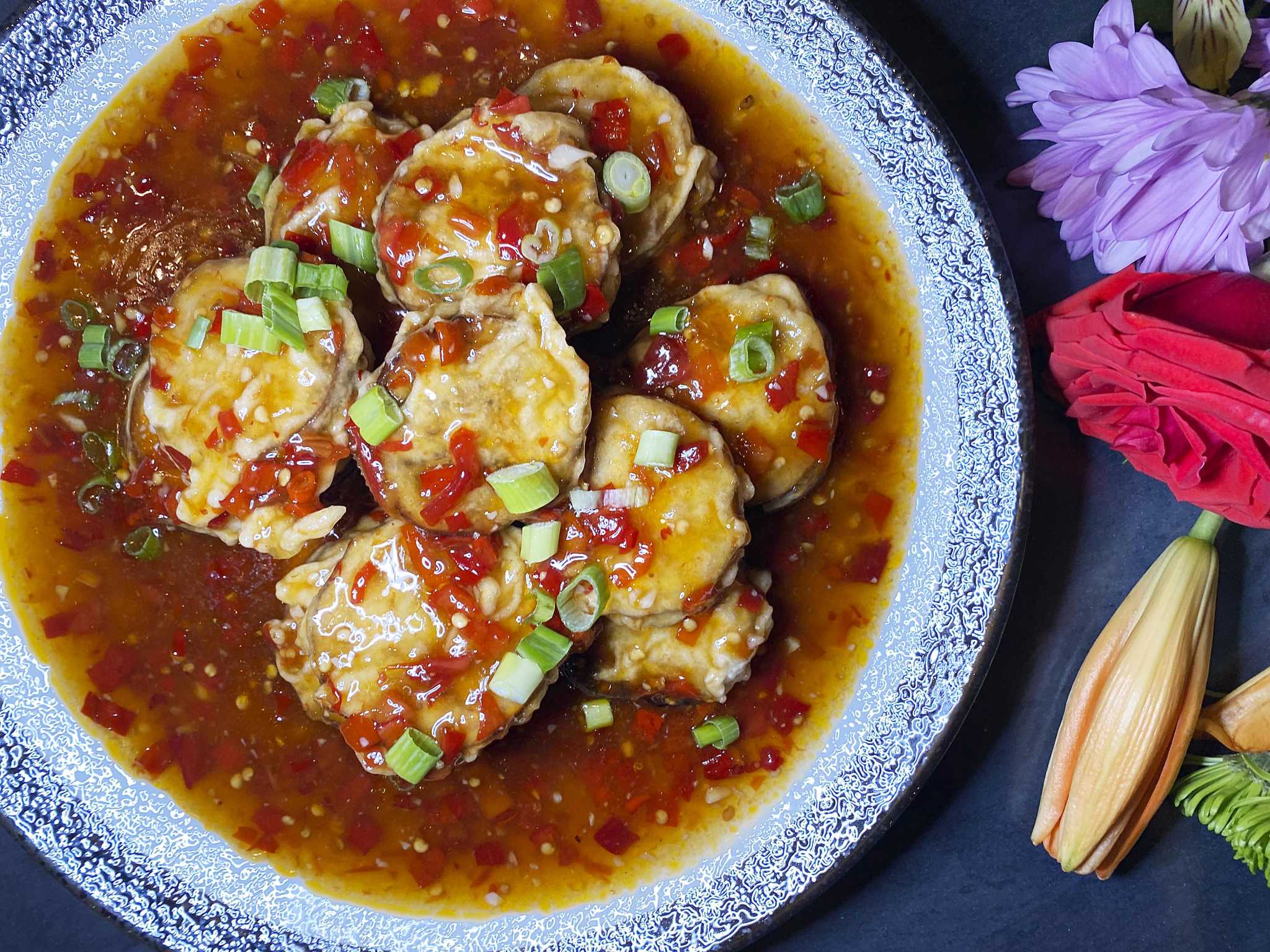