It was 2010 when my daughter, who was 25 and working as an electrical engineer in Silicon Valley, clued me to a hamburger pop-up in a bodega in San Francisco’s Mission District. Soon thereafter it morphed into another pop-up, a Chinese one this time. Called Mission Chinese, it was housed in Lung Shan, a timeworn Cantonese restaurant. I excitedly stopped by when I visited her not long thereafter.

The chef was Danny Bowien, born in South Korea and raised in Oklahoma. When the pop-up became permanent, he’d retained the restaurant’s cooks — reputedly able to stand much higher wok temperatures than the average line cooks — and kept much of the paper-lantern decor, with paneled wainscoting and striped yellow wallpaper, along with diner-style tables that seated about 40. But he’d turned the menu to a quirky and sometimes challenging rendition of Sichuan food.

That menu showed wild improvisation, filled with ingredients timid-tongued diners might deplore, including beef tripe, heart, and tongue. Nor did it stint on dried red chiles and Sichuan peppercorns, the latter used by the fistful. A couple of dishes I was drawn to were to become Mission Chinese classics. A plate of fried chicken wings, whose fate might have been to end up as a ho-hum bar snack, was nearly eclipsed by a heap of red chiles. As if that weren’t fiery enough, the coating of sweet spices was laced with Sichuan peppercorns, for which a cooling drink of water provided no remedy.

A version of Sichuan classic kung pao chicken, with the pork replaced by pastrami, also blew my mind. As a New Yorker, I was amazed at this repurposing of a cherished meat. Even more off the wall were pig tails braised in root beer and a phantasmagorical version of chawanmushi improved with puddles of green oil, chopped aromatics, and multiple glands of orange uni. I emerged onto a crowded Mission Street in a daze. And eager for a second visit. Some of the dishes I’d tried had Korean, Japanese, and American elements, but how to label this entirely new type of dining experience?

So I got another chance when it was announced that an offshoot would dock in New York City, with much of the original menu intact and Bowien at its helm. Was he actually moving here? Apparently so. Riding a wave of hype, the original Lower East Side branch debuted in late spring, 2012 in an abject location — a walk-down, nearly windowless storefront on Orchard Street that would be closed the next year by the Board of Health due to rodent infestation. But it hit New York City like a ton of bricks, generating long lines eager for salt cod fried rice, chicken hearts in Sichuan chile oil, and Mongolian long beans flavored with chiles, fried garlic, and grated horseradish.

Yet, despite its lack of longevity, for a season the lively subterranean space was the place to be, and I remember going several times and always scrambling to secure a seat. The interior was kitschier than the original; famously, there was a photo of Twin Peaks character Laura Palmer in the bathroom, where the spooky theme music of the show continuously looped.

After its closure, an expanded Mission Chinese opened on East Broadway in the last weeks of 2014. One year earlier, though, Bowien had opened Mission Cantina at the corner of Stanton and Orchard as a sort of bridge institution, although it quickly became much more. Increasingly during its three-year life span, as Angela Dimayuga took over many of the chef responsibilities at the new Mission Chinese, Bowien used Mission Cantina as a laboratory, going there early every morning to experiment, creating dishes that would sometimes end up at the larger restaurant, like the ma po burrito.

The second New York iteration of Mission Chinese quickly gained traction after it finally opened on East Broadway. But some barely recognized the new place. It was bigger and much more luxurious than previous incarnations in San Francisco and on Orchard Street, with a bar in front and a wood-burning oven turning out Neapolitan pizzas and Middle Eastern flatbreads. A humongous dining room dangled light fixtures like novae in the night sky, and featured lushly upholstered booths with a wall of crumpled tin foil as its quizzical focal point. Downstairs in the back, there was a semi-secret lair with a limited menu for cognoscenti, where the explosive chicken wings and other Mission Chinese classics could be washed down with a high-octane cocktail.

The new place was pricier, with large-format dishes such as prime rib with snow crab legs and a beggars duck with caviar sauce that arrived imprisoned in clay; both featured ostentatious tableside service. The duck was freed with a metal hammer, sending shards of pottery flying. Other newfangled dishes included bright green matcha noodles and lettuce cups brimming with beef tartare and orange caviar.

The public loved the new restaurant. Habitues from earlier versions of the restaurant could enjoy the old dishes, as well as less expensive Middle Eastern and Italian food on an increasingly eclectic menu. But the core ethos of Mission Chinese remained, inflected with humor and culinary adventurism.

Perhaps inevitably, near the end of 2018 a branch opened in Bushwick, and Bowien’s focus shifted there. Bushwick seemed more like the Mission District than the Lower East Side had been, and in line with the chef’s burgeoning modeling career, there was an enhanced interest in decor. For one thing, the interior lighting was a shifting rainbow of colors, and the kitchen was like a proscenium stage with a play presented by the kitchen workers to be enjoyed by the diners. The aesthetic might be called Blockhouse Moderne, but the food still tended toward the whimsical and experimental.

With the advent of the Bushwick branch, the East Broadway establishment slipped from view, its energy gone. And in recent years, a series of allegations against (and between) both Bowien and Dimayuga, including a 2018 racial discrimination lawsuit by four former employees, have complicated the restaurant’s place in the city’s dining scene. But when I heard it would be closing September 30, I wanted to pay a final visit. The coronavirus had not been kind to this Mission Chinese. It was slow to reopen, and then with a truncated menu and a half-hearted sidewalk presence that included only six tables. While the restaurant had once roared, it now whimpered. In advance of the closing, many of the decorative items had been auctioned off, so as I stood at the order counter that now blocked the front door, I could glimpse a yawning space with only a few dusty stacked items remaining, a sad sight.

Yet the 12-item menu offered a pleasing synopsis of some historic dishes I was eager to retry. Even better, Bowien was downstairs cooking in the kitchen, according to the employee who took my order. Of the once-glimmering cocktail list, only a couple of bottled versions were available. The service system now required an order be placed at the counter, a wait of 10 or 15 minutes for the bagged food to arrive, then another wait for a table, which in a companion’s and my case proved to be 45 minutes, for a total wait of an hour.

Finally seated, we dug into a version of explosive chicken wings that now comprised five wings and some french fries in a heap of dried red chiles, an interesting variation among the historic evocations of the dish, some of which had involved beef tripe. It was probably the 15th time I’d eaten the dish in one form or another. The kung pao pastrami was up to par, with slightly bigger cubes of the pink meat and a pleasing saltiness, while the potatoes that had characterized the indoor version before the pandemic were largely absent.

We especially enjoyed the thrice-cooked bacon, featuring thinly sliced pork belly and the tubular rice cakes native to Korea, rather than the flat frisbees of Shanghai it had once deployed. And did the dish now taste slightly of kimchi? Whatever the intention of the chef, it was a pleasant riff on a specialty that had been familiar to me for nearly a decade. After plowing through six dishes, including garlic fried rice and a lovely pickled vegetable salad, we concluded with a panna cotta, expertly turned out with no excess of gelatin. It arrived smothered in a number of toppings, both savory and sweet, and why was I not surprised to find out that one of the ingredients was Pop Rocks?

Accounting for the various twists and turns of the Mission Chinese chain is a bit like studying Delmonico’s in its 19th-century heyday. Both empires had incalculable influence on the city’s dining scene, and both ramped up public expectations for restaurant dining in general. While Delmonico’s moved gradually uptown, Mission Chinese migrated from west to east, always seeking new audiences for its innovative cooking, or perhaps trying to find a less gentrified neighborhood, though it was itself a harbinger of gentrification.

Mission Chinese’s departure from Manhattan was inevitable, I suppose, as was its abandonment of the luxury pretense it had established at its East Broadway branch. I will miss this last Manhattan location for its long and mind-boggling menu, the scale and exuberance of its dining rooms, and the indecision about ordering that it always engendered in me. But, like its previous incarnations, Mission Chinese’s time as an opulent downtown establishment turned out to be another temporary guise. 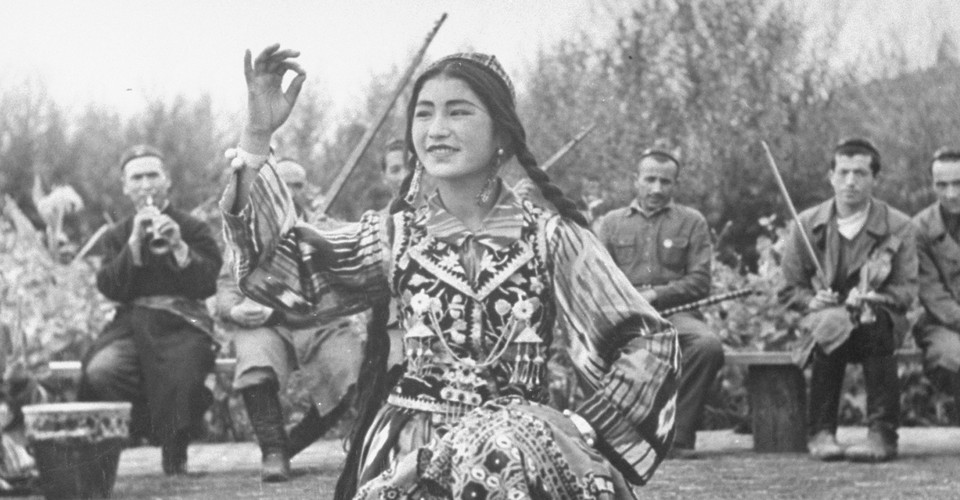 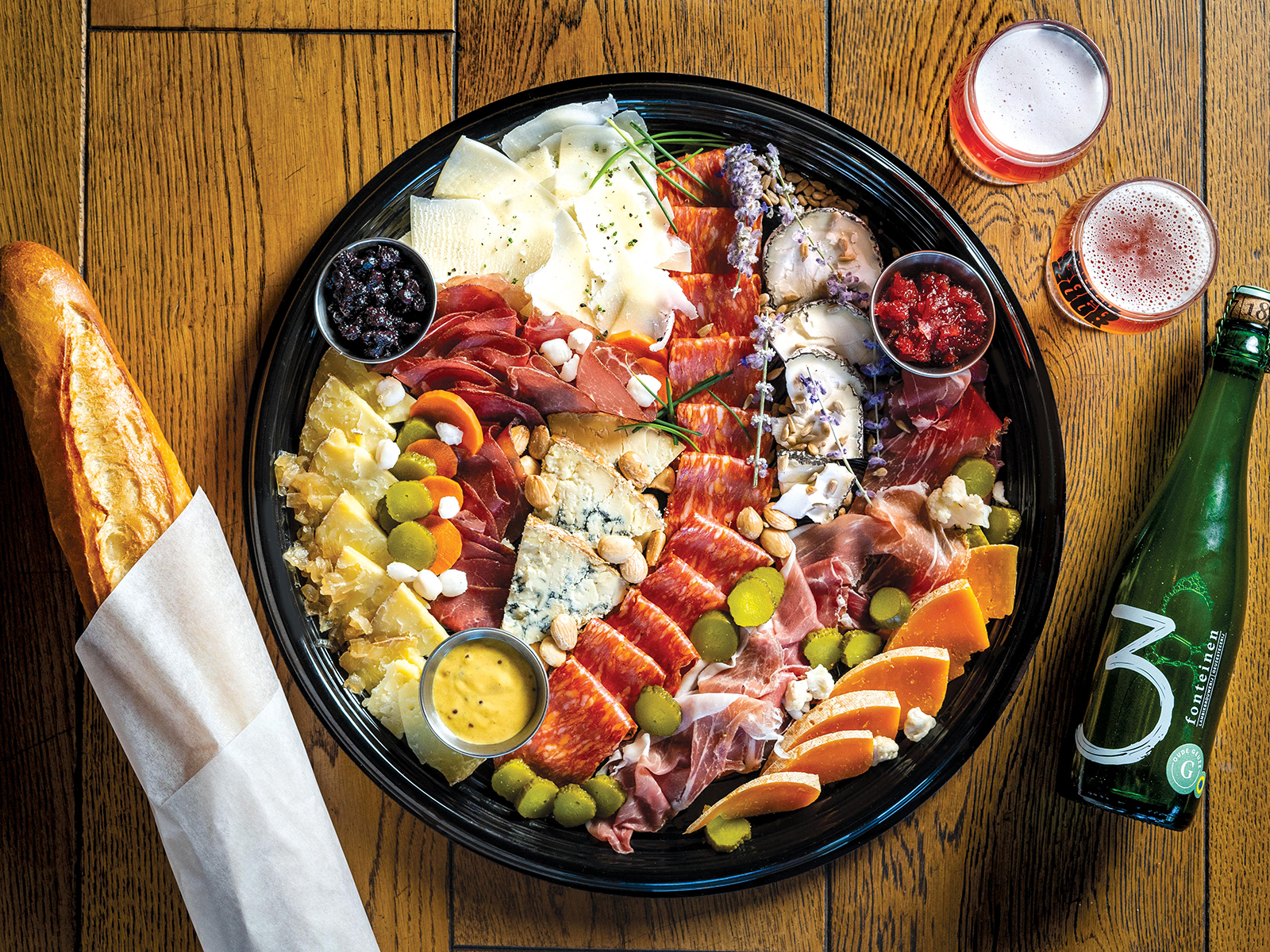 The Greatest Takeout in Denver 2020