$35 is a weighty amount of money: not a ton, but not chump change, either. For that amount, you could get a new copy of the cookbook, “Salt, Fat, Acid, Heat.” Or you could get a basic bra, or a miniature citrus tree for your house. But at Mama, a restaurant right next to Lake Merritt, $35 gets you a gratifying, three-course meal in one of the coolest little restaurants in Oakland. You’ll dine on refined little plates of homestyle sugo and handmade pasta, composed soups poured tableside, and eye-catching desserts, all the while being treated like someone who’s paying ten times as much.

Couple Stevie Stacionis and Josiah Baldivino opened the restaurant just steps away from their wine shop, Bay Grape, in July 2019 with a $29.95 three-course prix fixe; accessibility to the diverse neighborhood was an integral part of the concept from the start. It then mostly stayed dark during the pandemic and reopened as a full-service restaurant this summer, a partnership with friend Ryan Cole and his Hi Neighbor restaurant group (Trestle, the Vault, Corridor).

Hi Neighbor executive chef and partner Jason Halverson and incoming director of culinary development Joe Humphrey pitched in to tweak the menu, with chef Priscilla Przygocki (formerly of Hotel Nikko) now taking up the reins. There’s now a cute, six-table parklet adorned with potted plants and pastel pink chairs, and you can add dishes for extra cost. The menu also got slightly more expensive, going up by $5.

It’s still one of the finest deals in the Bay Area, due in no small part to the many ways in which the restaurant’s food and service punch above their weight.

Mama is an homage to Stacionis’ late grandmother, Maria, an immigrant from Abruzzo whose smiling visage is enshrined on the mugs you get with your coffee. Grandmothers are common symbols in the restaurant world, signifying a generally sweet and ethereally maternal sense of sentimentality to go with your pizza. “MAMA loves you!” the menu here declares; the website describes Maria as “a consummate hostess” who plied her family with pasta when they gathered at her table. (Stacionis’ depiction of her family matriarch also contains a touch of spice. Accompanying Maria’s portrait on those mugs is her favorite catchphrase in life: “Giá che ci sei, fa ‘na bella cacata nel tuo cappello,” or “While you’re at it, shit in your hat.”)

You didn’t get a whole menu of dishes to pick at you grandmother’s house, so Mama’s prix fixe menu follows suit. There are two options for each of the three courses (soup or salad, pasta, dessert), with the selection changing weekly and posted online on Wednesday.

A sugo of braised beef and pork is always a feature of the omnivorous pasta selection. The chef tailors it like Marge Simpson tailored her thrifted Chanel suit, transforming it with bells and whistles that make each iteration new again. Rich and subtly gelatinous from a long braise, the sugo has that lip-smacking characteristic that makes you feel like an earnest kid on a Chef Boyardee commercial. You’ll find it as the platform for tender, cigar-size spinach cannelloni gnudi; providing a rich counterpoint to cotton balls of ricotta gnudi; and mixed with burrata and chile oil.

There’s more variation and just as much care on the vegetarian side of the menu. Spaghetti alla Nerano was mixed with seared rounds of zucchini, delicate squash blossoms and a creamy saffron sauce, a dead ringer for uni cream. I almost wept when I finished the last drop of sauce in the bowl. Then there was a mushroom risotto, the color of driftwood, with immaculate morsels of sauteed chanterelle mushroom contributing a shock of apricot color to the bowl.

From the photos, you might be thinking that the dishes look a bit sparse. Aha, so they underfeed you and upsell you on the add-ons! But actually, I found the base menu to be substantial enough. The smaller portions of pasta aren’t the same as the abundant heaps you’d get at a more old-school spot like Gold Mirror in San Francisco, or probably even at grandma Stacionis’ house. But the restaurant successfully finds that “just right” spot between hunger and fullness, and it looks like a portion size that’s not very typically American.

That’s not to say that the extra entrees aren’t worth your time. Beef and pork meatballs ($10), which roll about on a bed of marinara sauce, come with a firm sear. The recipe favors meat over breadcrumbs, granting the meatballs more substance than most. A dish of grilled artichokes and Jimmy Nardello peppers ($27) was a feast in itself, the hedgehog-like thistles concealing a gorgeously creamy interior.

And roasted blue prawns ($39) had a concentrated, oceanic sweetness, with heads filled with their natural liquor. Accompanying the sea bugs was eggplant caponata, a mixture of sauteed minced eggplant, capers and tomato sauce, wrapped in squash blossom petals. Each parcel was seared to bring out the caponata’s savory aspect, making those morsels the surprising highlight of the plate. Exceptional dishes for sure; but like caviar on your baked potato, you can certainly live without them.

The restaurant’s mission of accessibility extends to the wine list, which includes numerous sub-$50 bottles. Descriptors are informal, made up of quotes attributed to staff and fictional characters. Forlorn Hope Queen of the Sierra Amber, a dry natural wine, gets a quote from Zoolander designer-slash-villain Mugatu: “Orange wine is SO hot right now.” The Prosecco, “Salty, easy-going, floral, bomb AF.”

It’s hard to take things too seriously while you’re there anyway. On Saturdays, motorcyclists and ATV drivers rip through the street, almost like clockwork, popping wheelies as they go. Conversation pauses for the deafening revving of engines, a periodic sonic blast that permeates through the walls of the restaurant. Take a minute to wave.

Though the prix fixe is relatively affordable, service is top-tier, even in these lean days of the pandemic. You see it in little, but significant fine dining-like touches, like the table-side pouring of soup courses and the folding of napkins after someone steps away from the table. Those who find themselves waiting longer to get seated receive small tastes of Prosecco, as do regulars. Stacionis, Baldivino and Cole have dialed in the service — not only through mentorship and training, but with material benefits like above-average wages, a guaranteed 20% gratuity for the whole team and health benefits. Their model is a fascinating look at an operator’s attempt to make restaurant jobs livable without an extravagantly priced menu.

Accessibility: Parklet is aligned with the sidewalk curb.

Noise level: Periodically loud outside; conversation can be difficult inside.

Meat-free options: Half of the savory items are vegetarian.

Note: A 20% gratuity is included with your bill. Vaccination proof (for those who are eligible) and photo identification required to eat indoors. Outdoor seating also available.

With such an abbreviated set of dishes available each week, it might be easy to discount Mama as a one-and-done kind of restaurant: a place that might get repetitive after a while. But underneath its accessible, jovial exterior is a complicated and mission-driven restaurant, where every choice made in the dining room drips of character. 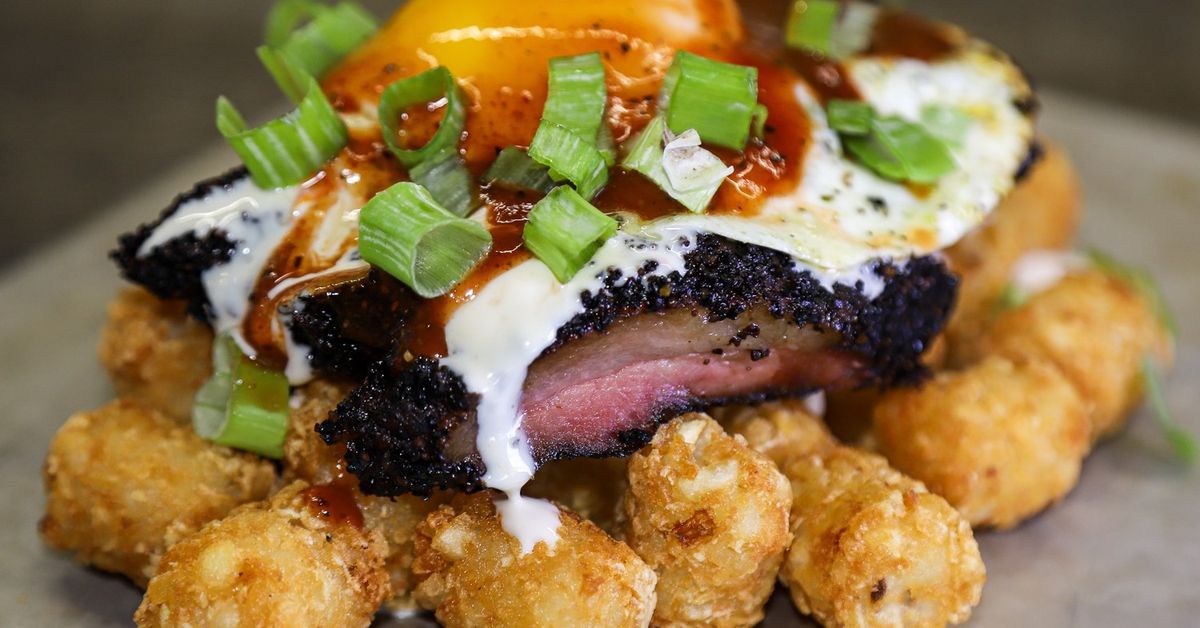 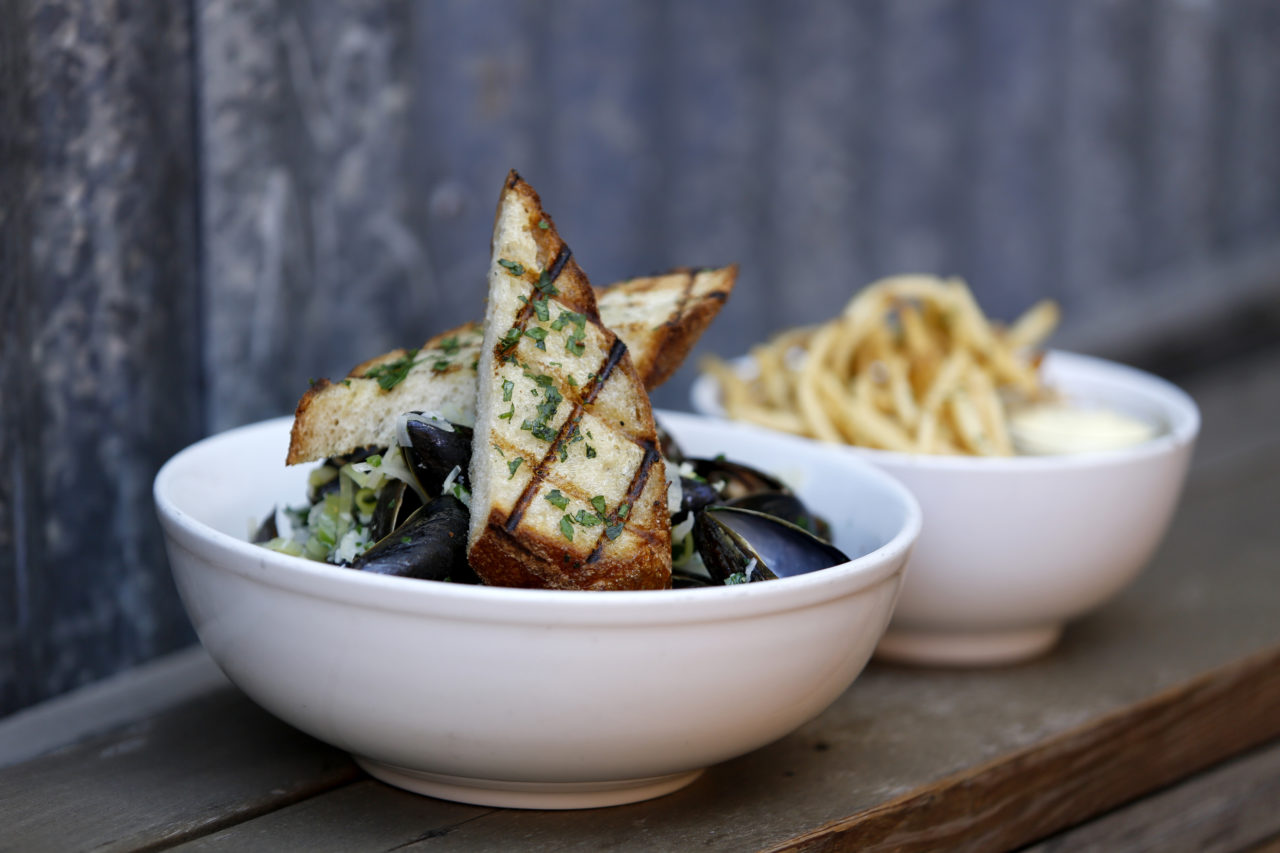