Located in a bright yellow and red trolley car, Ollie’s Trolley is a soul food staple in the Cincinnati area. Ollie’s serves a variety of smoked pork, including ribs, rib tips and pulled pork, plus plenty of sides, like collard greens, buttered corn and potato salad. Chow down on a variety of burgers and metts, chicken, turkey, fish and a selection of barbecue all for under $10.

This no-frills burger joint has locations in Mason and Norwood. Everything on the menu is under $10, including burgers and fish, chicken and deli sandwiches. On Mondays, Thursdays and Saturdays, enjoy a cheeseburger, fries and a drink for just $8.

With a mission to bring Honduran coffee and food to the Cincinnati area, Unataza Coffee in Dayton, Kentucky serves a piece of culture to every customer. Order a wrap, soup, salad or bowl for under $10 — some even come with plantain chips.

The longtime West Side joint is just as delicious as you remember it. A meat-lover’s heaven, the menu offers numerous Greek items and what many consider to be the best gyro in Cincinnati. Most of the menu is priced under $10, with the exception of a couple dinners.

This James Beard Award-winning local chili parlor is known for its Cincinnati-style chili. Everything on the menu is $10 or under, including coneys; 3-, 4- and 5-ways; double-deckers; melts; burgers; breakfasts; and more — with the exception of the quarts to-go.

A Greater Cincinnati deli staple, Carl’s has a wide variety of sandwich options, all under $10, like the hot crab and artichoke on a toasted croissant for $8.95 or the Carl’s Reuben, with hot corned beef and Swiss on rye with coleslaw or sauerkraut and 1000 Island dressing for $7.95. Or enjoy a cup of soup and a half sammy for $8.50.

From the team behind popular Over-the-Rhine eatery The Eagle, the Thunderdome Restaurant Group created CityBird, a restaurant that specializes in chicken tenders and sandwiches. Order the snack pack of three-to-five tenders and fries, or the medium pack of six-to-seven tenders and fries for under $10.

Craving a Philly cheesesteak? How about a chocolate milkshake? Then Cincy Steak and Lemonade is the place for you, with well over 20 different sandwiches, eight special combos and a dozen different flavors of slushie lemonades.

“Guilt free” is how The Whole Bowl likes to describe their three different sized bowl creations. Each bowl, whether it is a 12 oz., 16 oz., or 32 oz., is under $10 and packed with gluten-free and natural ingredients such as brown rice, black and red beans, avocado, cilantro, black olives, Tillamook cheddar, sour cream, salsa and secret-recipe Tali Sauce.

This Newport-based Mexican eatery lands itself on CityBeat’s Best of Cincinnati list year after year for its mouthwatering tacos. The menu ranges from Mexican-style entrees like pollo con mole or flag enchiladas to a la carte choices like tacos, burritos and tortas with your choice of meat. Tacos are less than $3 each and are delightfully filling. You can also order a torta, burrito or quesadilla for less than $10.

For about 35 years, Chicago Gyros & Dogs has been cooking with passion every single day. At this Clifton restaurant, you’ll find gyros, hot dogs, various sandwiches, burgers and more for $3.50-$9.

Modeling itself as a New York-style vegan deli, Harmony Plant Fare is located in Findlay Market. Selling vegan sandwiches from scratch for around $8, you can also find a deli section of housemade vegan cheeses, seitan meats and various salads to-go.

Looking for your classic breakfast of pancakes, eggs and bacon? Find all that and more at Sugar n’ Spice Diner — plus a funky old-school atmosphere. This colorful restaurant has two locations, one in Over-the-Rhine and the original in Paddock Hills, and serves anything from omelettes to chicken and steak. Order a stack of pancakes for $7.50, biscuits and gravy for $8.25 or a sandwich for $9.

Walking down the streets of OTR, you may not notice Ché at a first glance. This Argentinian restaurant is nondescript from the outside, but on the inside, it will lead you to an eclectic upbeat and colorful dining area. One of Ché’s most popular items is their $4 empanadas, which come in a variety of flavors such as the mushroom feta, buffalo chicken and Korean barbecue. Served on a large platter for your table to divvy up, each empanada is branded with its filling.

Found in two Greater Cincinnati neighborhoods, enjoy a New York-style slice of pizza from Ramundo’s for under $4. If pizza isn’t quite your thing, enjoy any of Ramundo’s garden fresh salads ranging from $4-$9.

Can’t compromise on a place to eat? Covington Yard can help! With four different restaurants serving out of shipping containers, everyone is sure to find something they’ll like. Django Western Tacos serves tacos for $4-$5; Mr. Bulgogi offers Korean bowls for $7-$8 and dumplings for $4-$5; Yard Bird is known for their $7 “Thee Chicken Sandwich” served with coleslaw; and Hangry Omar’s serves sliders for under $9.

Alabama native Dwan Ward opened Alabama Que in 2008 on the West Side of Cincinnati. Working his way up, and adding more items to the menu, Ward was able to generate more income, later moving his restaurant to Short Vine in 2012. Today, Alabama Que has become a hot spot for local athletes and is well-known for their turkey tips. Serving all of the fixin’s to go with your barbecue — mac n’ cheese, potato salad, coleslaw, and more — order any regular-sized item of meat for $5-$9.

This local restaurant has been on Ludlow Avenue since 1999, serving a wide range of Latin American fare. Enjoy one of their signature burrito bowls for as low as $8.49, a grilled chicken chimichanga for $8, or even their Baja fish taco platter served with rice and beans for $7.99.

Coined as a “funky, neighborhood nook,” Wunderbar is a German bar located in Covington. With most meals on their menu ranging from $3-$7, you can order a homemade currywurst, a bratwurst with sauerkraut, veggie sausage with Brussels sprouts and other homemade German foods without breaking the bank.

Boombox Buns, an Over-the-Rhine eatery specializing in homemade Chinese-style steamed buns, opened its much-anticipated brick-and-mortar location last summer. Serving up the fluffiest steamed buns you have ever seen, Boom Box offers a variety of fillings including their pork, sweet potato bun and beef bun — all priced at $4 each. Finish the meal off with a fried sweet bun for dessert and a Thai iced tea on the side.

This urban restaurant is located in Corryville near the University of Cincinnati’s Med Campus. Best-known for their vegan and vegetarian options, Conscious Kitchen is exactly what their name states — conscious. Not only do they serve healthy dishes, but also affordable ones.

This one-year-old restaurant is located on West McMillian, just a few steps away from the University of Cincinnati. At Good Plates Eatery you will find a range of meals anywhere from $6-$9. Enjoy one of their quinoa bowls for $8, or a chickpea sammie for $7.50. Feeling something a little meatier? Try the adobo brisket and cheese for $9.

This brand new deli is located across Jefferson Avenue from the University of Cincinnati right next to The 86 Cafe. Serving breakfast, lunch and dinner, order any of their sandwiches, wraps, burgers, tacos or smoothies for under $10.

This casual-chic restaurant on the corner of St. Gregory and Pavilion streets is known for its many breakfast and brunch options. The Bow Tie Cafe was founded in 2010 with a passion for coffee and espresso, wine and various meals with a community focus. It serves leafy green salads, warm homemade sandwiches, and coffee drinks-galore.

This Mount Lookout-based sushi eatery recently opened an additional location in Mason. The restaurant is well known for its lengthy half-priced sushi menu, which is available all day, every day. Choose from over 60 nigiri sushi, sashimi or sushi rolls ranging from simple to extravagant. 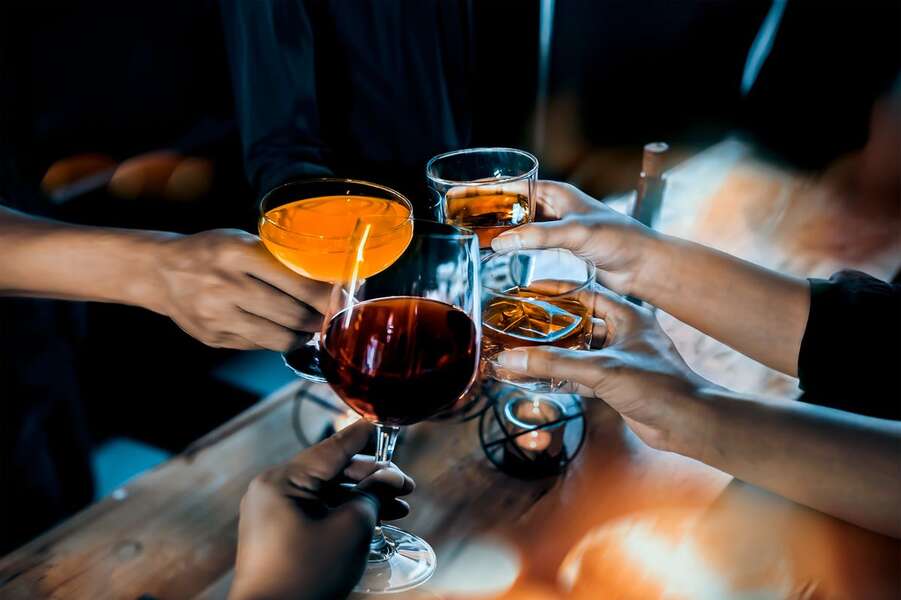 The Finest Eating places NYC Has to Provide Given that Reopening